US|How This Attorney Found Her Calling In Cannabis

This inventor started her career in law but discovered her passion and purpose in legal cannabis. 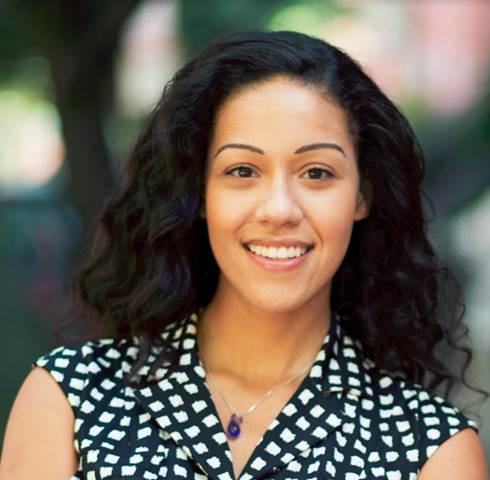 When Shanel Lindsay graduated from Northeastern University law school in 2007, she never imagined she would draw on her J.D. as an advocate in the world of legalized marijuana. But her degree has proven powerful: she has emerged as one of the leading voices for social justice in the space, especially in Massachusetts, where she grew up.

As the state prepares for the launch of recreational marijuana sales on July 1st, Lindsay, who was raised in Boston, has been fighting on behalf of communities hit hard by the War on Drugs to ensure they don’t lose out on the economic opportunity of this new market.

“This is about making sure we are improving the city that I love and the place where many of my family members still live and many black people live,” explains Lindsay, who was appointed last year to the state’s Cannabis Policy Advisory Board, “Our communities are the ones that have been decimated and destroyed by this over-enforcement [of drug laws] and our family members and kids are being affected by this.”

At issue, in recent weeks, has been when regulators will award licenses to smaller pot businesses with much lower startup costs like pot cafes and home delivery services.  Republican Governor Charlie Baker, along with a group of law enforcement officials and medical dispensary owners, urged policymakers to slow down and spend more time studying the impact. But on Monday, activists including Lindsay, were able to strike a compromise in which the state will continue to examine concerns like impaired driving yet will give first priority to license applicants with prior drug convictions; those who reside in neighborhoods with historically high numbers of marijuana-related arrests; people of color; veterans; and women.

“We were up against big monied interests that are pumping hundreds of thousands of dollars into campaign coffers and lobbyists in order to thwart our goals of making an equitable industry. But in the end we came out on top,” Lindsay said the day after the deal was announced.

It was a hard fought victory and just one of many fights Lindsay has taken on since she left her career in law to launch her own business in cannabis.

The wheels began turning when she was arrested for possessing a small amount of marijuana in 2010, shortly after Massachusetts had decriminalized weed. She was pulled over on her way to the law firm where she worked after she accidentally made a right turn on red. The officer who stopped her spotted a small amount of marijuana in her purse and she was immediately handcuffed and pushed into the back of his police car.  Under the law at that time,she should have only received a $100 ticket, given she was carrying less than an ounce.  It was a point the skilled litigator argued once she got to the station — and won.

“The only way I was able to avoid being arraigned and dragged down to the same court in which I represented clients, which would have ended my career, was using my legal skill to quickly think on my feet and tell them they were violating my civil rights by refusing to weigh it because if they weighed it, they would see that they were only allowed to give me a ticket,” she recounted.

At the time, Lindsay had been using medical marijuana to treat pain from ovarian cysts for more than a decade.  She had been experimenting in her kitchen by making her own edibles and topical applications. But she had no idea if she was doing it right. So she eventually took some of her creations to a lab and discovered that her homespun techniques had been squandering the potency of the plant. Lindsay decided there had to be a better way and began to dream up a user-friendly appliance that could regulate the precise timing and temperature needed to unleash the full amount of cannabinoids from the flower or extract. The chemical reaction is called decarboxylation.

With her mom as her first investor, she brought together a team of engineers to develop the NOVA, the first decarboxylation device for consumers.  It hit the market in 2016. 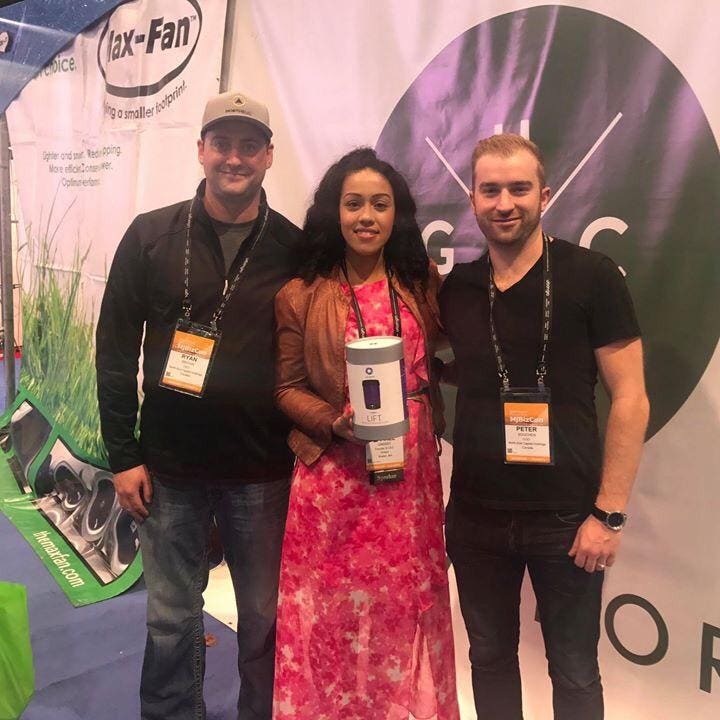 Shanel Lindsay with her NorthBud Holdings investors at the 2017 MJBizCon

Along the way, Lindsay says her startup was forced to remain lean. Raising money, especially funding for a marijuana tech company as a woman of color, she says was exceptionally challenging. Yet, Lindsay kept pushing ahead because she believed in the problem NOVA could solve, “If you can make it as person of color, you probably have a really strong business,” she underlined.

Source: How This Attorney Found Her Calling In Cannabis