How These Sisters Became Champions for Legalizing Weed

When Beth Stavola initially recruited her youngest sister away from a “respectable” job on Wall Street to join her in the medical marijuana industry, their conservative parents were less than thrilled. The two women are the eldest and sixth of seven children who grew up in a strict Irish Catholic home in Ocean Township, New Jersey.

“ Surely but slowly, I reeled her in ,” smiles Stavola, who today serves as chief operating officer of MPX Bioceutical, an Ontario-based corporation traded publicly on the Canadian Securities Exchange (CSE: MPX.CN) (OTC:MPXEF) that acquired her flourishing medical marijuana venture in January 2017 for $25 million.

Winter, who is 16 years younger than Stavola, admits she was hesitant to dip her toe into the new world of legalized pot.  Raised in a family centered on church, school and sports and on the heels of the “Just Say No” era, it took a while to come around to the idea of selling a product that remains federally illegal in the U.S.

But Winter had always admired her big sister, who quickly ascended to become a senior vice president at Jefferies, the global investment banking firm, before taking time off to raise her six children and manage her own family’s investments.

“When Beth worked on Wall Street and I saw how successful she was…how powerful, how much she commanded the room and just this amazing life she built for herself, it was just natural for me to follow her,” says Winter.

But what really changed her mind, as well as their parents’, were the stories of patients with cancer and epilepsy who found relief by using medical cannabis and frequented Stavola’s two Health For Life dispensaries in Arizona. By 2013, Stavola had invested more than $5 million dollars in the medical weed market and was on her way to expanding the company footprint to other states that had legalized medical use including Nevada, Maryland and Massachusetts. The company would continue to grow by adding sophisticated cultivation and cannabis processing businesses to its portfolio, including a proprietary method for distilling cannabis extracts known as “MPX” (which stands for melting point extracts) used in a host of products, including THC-infused chocolate bars and vape oils.

“Both of our parents made us very compassionate and so I think that’s part of the passion that comes for this industry,” reflects Winter, a mom of two preschoolers, who joined the business in 2014. Today she runs East Coast operations for MPX Bioceutical and another venture the sisters co-founded with two other women, which is still privately held, called CBD For Life. It’s a hemp-based line of beauty and pain relief products which have earned accolades in the pages of Marie Claire, Cosmo and Elle.

“I call her a younger, smarter version of me,” Stavola says of her sister. The two share an office not far from where they grew up and a few miles from where their dad, a retired Phillip Morris executive and mom, a former preschool teacher and homemaker still reside. 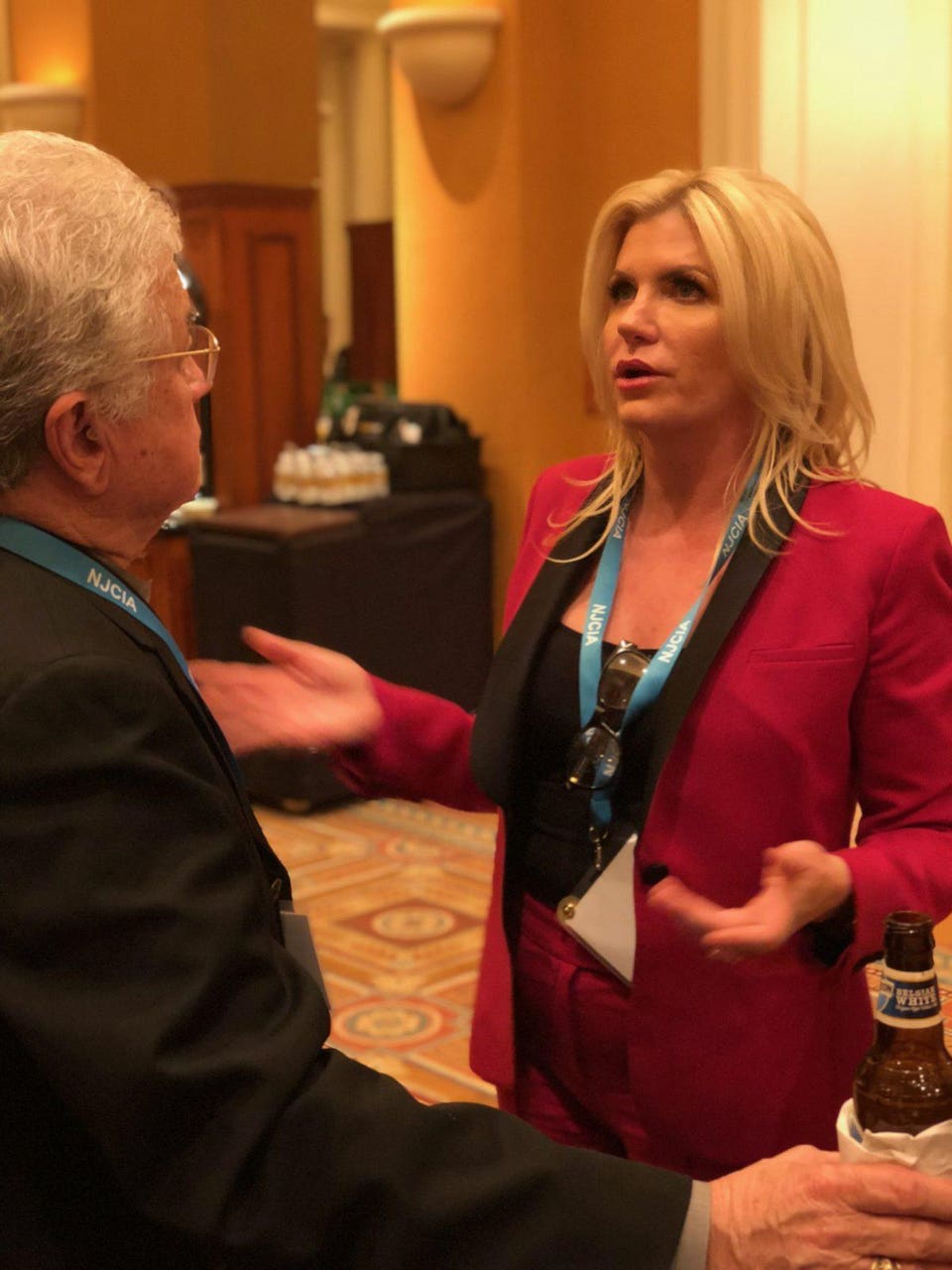 Early on, influencing state and local politics became a staple of building the business as it has for other successful marijuana entrepreneurs in this new and rapidly evolving industry. To date, 30 states have legalized some form of marijuana, including nine that allow recreational use for adults over 21. As more and more localities examine the job creation and tax revenue legal marijuana can generate, as well as the societal implications, industry leaders like Stavola and Winter are weighing in on everything from regulation to compliance to social justice.

“I’ve watched her [Winter] walk into a room and turn a screaming, older crowd calling us drug dealers into hugging us and kissing us and telling us they can’t wait for us to be selling medical marijuana,” recalls Stavola of the challenges they’ve faced together entering new markets. One of the most vocal opponents in Maryland was so moved by Winter’s presentation that she even applied for a job at the dispensary she initially didn’t want in her own backyard.

The duo’s latest target is their home state of New Jersey, where newly elected Governor Phil Murphy (D), is already expanding the state’s existing medical program, a move that legalization advocates say is the next step towards ending prohibition. Stavola stood next to Governor Murphy on the day he signed the new measure. 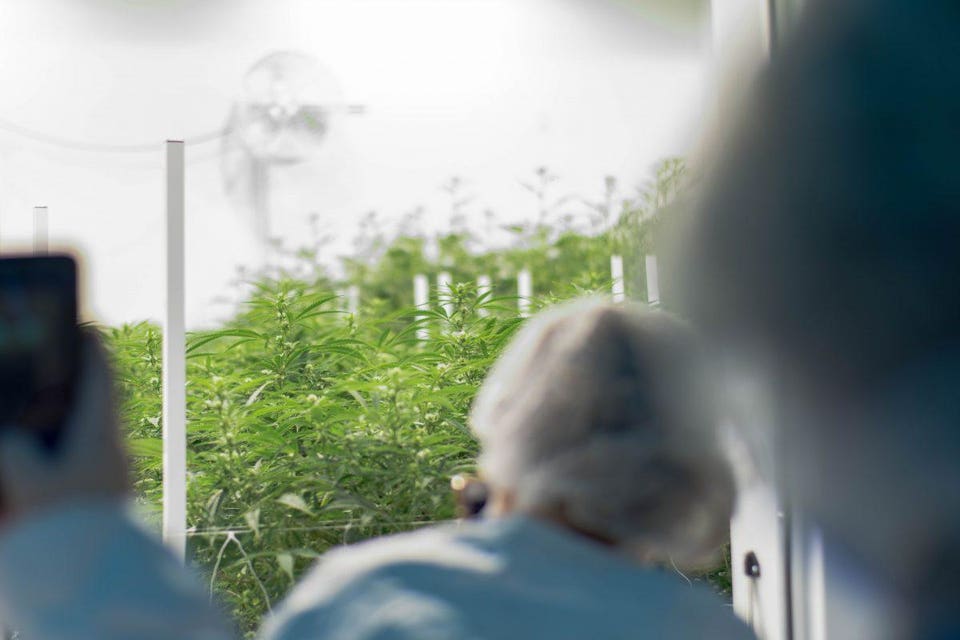 In February, the sisters and the New Jersey Cannabis Industrial Association (NJCIA) led a delegation of elected officials that included six state lawmakers and the Mayor of Atlantic City on a “fact finding” trip to Las Vegas. Stavola and Winter believe Nevada, where pot is highly regulated and taxed just like gambling, is a viable model for the Garden State.  During the Vegas summit, the visitors met with Nevada counterparts and got an inside look at businesses, including the thirty thousand square foot cultivation and processing facility in North Las Vegas owned by MPX.

Along a corridor lined with massive grow rooms and sophisticated chemical engineering equipment, the curious guests took in the future of commerical cannabis.

“The thing is, we are bringing this industry from the shadows to the light,” remarked Assemblywoman Annette Quijano (D),  who represents the city of Elizabeth, “It’s a brand new industry. So I have to spend the time to understand the industry: the good, the bad, and the ugly.”

While public opinion in the state favors more medical access, according to a new Fairleigh-Dickinson poll, only 42% of New Jersey citizens say they want marijuana fully legalized in the state.  Concerns over safe driving, risks to children and ensuring opportunities for minority and female entrepreneurs to break into the business are top of mind.  A bipartisan group of legislators is urging caution and introduced a proposal that would decriminalize small amounts of marijuana rather than open up a full-fledged commercial market in the state. Lawmakers are set to begin hearings early next month.

As the debate heats up, the sisters remain optimistic that recreational marijuana will become a reality in New Jersey in the near future.  And they will continue to advocate for it together.  As Winter did at the beginning of their business partnership, she once again followed in the footsteps of her older sister and recently accepted a seat beside Stavola on the board of the NJCIA.  They say their collaboration is a tribute to their close-knit family and the work ethic passed down from their parents –  and grandparents, who decades ago, rose from the hardscrabble tenements of Jersey City.

“It’s wonderful to work together,” grins Stavola, looking back on all she and her sister have built thus far, “You know what? I know I can count on her.”