It’s not surprising to say that legalization of marijuana prompts innovation as individuals feel more open and free to experiment with new ideas involving cannabis. That’s how we got weed-infused cotton candy, wine, events like the Ganja Goddess retreat and so on.

In the state of Colorado, we’ve already seen entrepreneurial projects such as weed and wine tastingsand all-inclusive weed hotels take place, but one local resident took things to completely new heights with the first of its kind pot and sex party.

Jaymen Johnson, owner of the Colorado Springs-based Speakeasy Vape and Cannabis Club, has organized an unusual event that combined buds with butts. According to Johnson, he’s been approached by many couples in the past looking for ways to “mix pot with sex.” 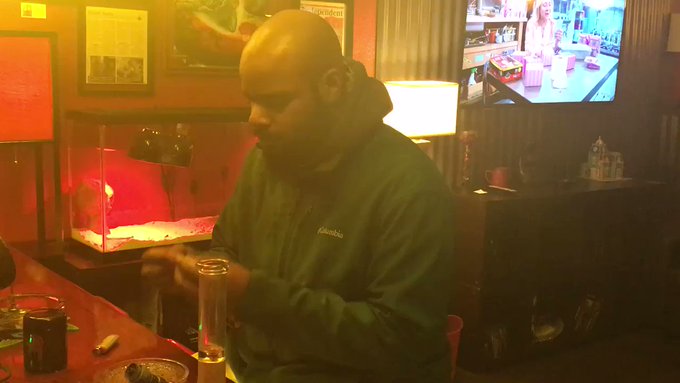 A cannabis club in Colorado Springs is raising eyebrows after hosting a POT SEX party. The owner says the first party went well. The plan is to host even more. Employee “Black Angu$” enjoys a joint as we learn more. @KDVR

Johnson ensures he checked with the city officials to make this event as legal as possible, and claims he got permission to host it. “Everyone was completely respectful,” he told KDVR. The owner of the club says he’s looking forward to throwing more parties like that in the future.

Opinions are split on this one – some claim it’s disgusting and irresponsible while others argue that it’s no big deal if grown-ups want to spice up their lives by partaking in events like that.

Marijuana has been used to enhance sexual intercourse for many years now and despite the practice still lacks robust scientific backing, many studies show that pot users have sex more often and experience more intense orgasms than their counterparts.