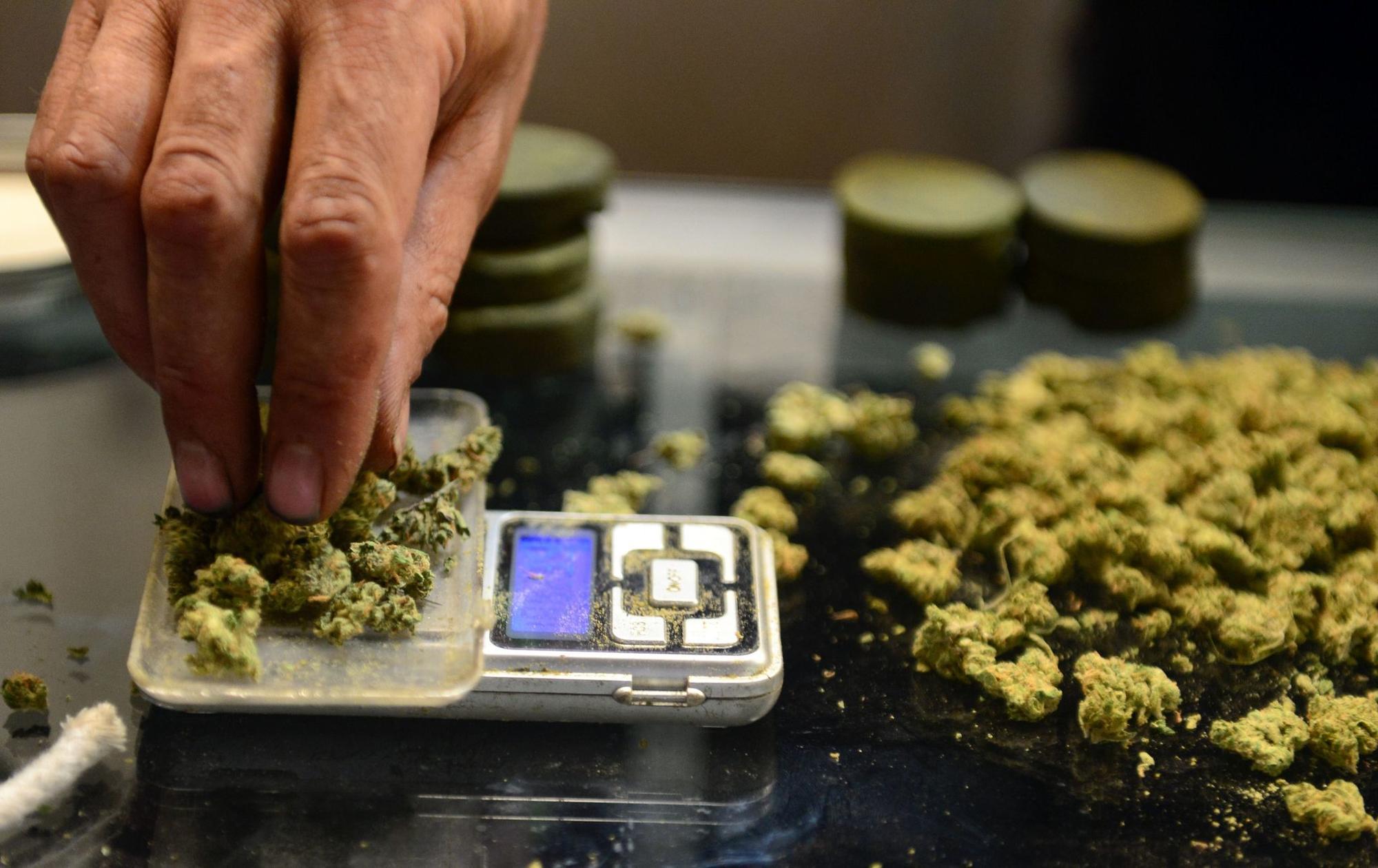 When Elias Zaldivar was an 18-year-old college freshman and decided he was in the market for marijuana, he knew just how to get it, and it didn’t involve canvassing the corridors of his campus in search of that stoned-out dude who sold pot from his dorm room. Instead, he went straight to a doctor.

On a busy Hollywood street, Zaldivar quickly located a clinic specializing in medicinal pot referrals. He video-conferenced with a doctor from the waiting room and, following their 10-minute chat, a receptionist handed him an official-looking letter with an embossed gold seal that allowed him to buy medical marijuana at any California dispensary.

Zaldivar, now a 21-year-old mixed martial arts coach, has renewed his medical marijuana recommendation each year since, always using the same health claim. He still chuckles while recalling what he explained to the doctor to get that first prescription: “I told him I had anxiety.”

In the two decades since California became the first state to allow cannabis for medicinal use, it’s been an open secret that pretty much anyone who wants marijuana at just about any time can find a doctor who will recommend it for almost any reason.

Technically, the doctor doesn’t provide a prescription but a “letter of recommendation,” because it’s illegal for a physician to prescribe a substance banned by the federal government, no matter what state law says.

Once that recommendation is secured, a person can also apply for a state-issued medical marijuana card that, although not required, is more convenient to carry to a dispensary and, in the eyes of some holders, gets them taken more seriously as people who need pot to stay healthy.

Although some doctors who take the examination process seriously charge far more, the fees at most of the in-and-out-in-10-minutes places is about $40.

Now, with recreational marijuana set to become legal Monday in California for anyone 21 and over, some people will be tossing their state-issued cards.

Recreational marijuana becomes legal in California on Jan. 1. The first round of state licenses for marijuana businesses kick into effect in January. Here’s a guide to everything you need to know.

Revenue from the sale of medical marijuana is expected to drop from an estimated $2 billion in 2016 to about $1.4 billion next year, according to a study published this year by the University of California Agricultural Issues Center. At the same time, according to the study, the legal sale of recreational marijuana should bring in more than $5 billion as recreational pot captures about 62% of sales, while the black market retains about 30%.

Already Zaldivar and others say they see the market forces at work. In the months leading up to legal recreational pot sales, they’ve noticed many of the heavily guarded medical dispensaries they frequent are letting them stroll in without their state-issued IDs.

“As they’ve gotten closer and closer to being legalized, they are not even asking for the recommendation letters anymore,” said 22-year-old Adam Salcido, who works for a company that helps put on popular events such as Hempfest and Cannabis Cup. He got his medical marijuana card to treat stomach problems he said he’s suffered since childhood, and plans to keep it for now.

Like Salcido, many people do use marijuana to treat serious medical problems.

“Some physicians, like myself, who see mostly very ill patients — such as those with epilepsy, cancer and other serious conditions — will likely not see a drop-off as we are involved in managing the cannabis treatment, not only providing a letter for access,” said Dr. Bonni Goldstein, a pediatrician who began treating both children and adults with cannabis 10 years ago after she saw its medical benefits.

One age group caught between medical and recreational marijuana are those 18 to 20. Medical is legal for anyone 18 and older, so some in that range are likely to continue providing fictitious health conditions so they can get a state medical card

There also could be a financial incentive for some to seek a medical card even if they don’t have a health problem because medical marijuana will be taxed at a lower rate than recreational marijuana. However, for a casual user, the cost and effort needed to get the card probably won’t be worth the savings.

But as the movement away from dispensaries continues, and as some dispensaries simply morph into full-service pot stores, selling things like candy bars, cannabis-infused wine, pre-rolled joints for the on-the-go crowd, and munchies for the stoned set, some physicians say it’s likely to put the squeeze on those pot doctors who have grown accustomed to just Skyping their patient-physician consultations and emailing their prescriptions — er, recommendations.